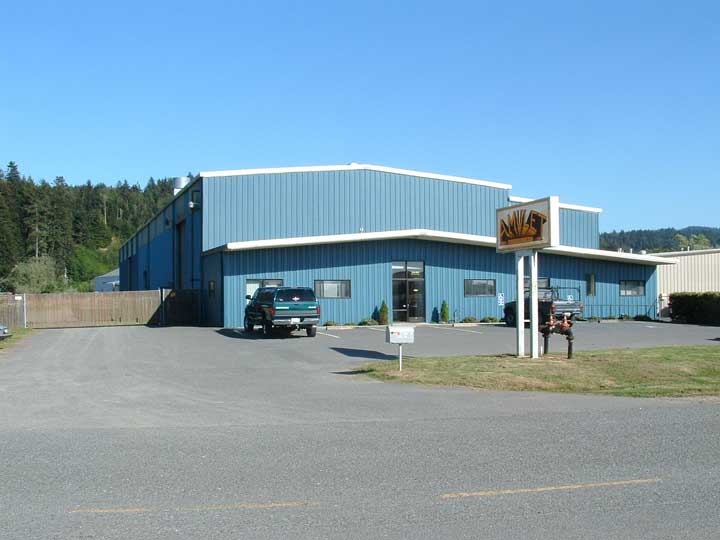 Amulet Manufacturing Company was founded in 1983 in Eureka, California with the introduction of the Amulet HoeClamp, mechanical, full-motion thumb. The HoeClamp was the first of its kind on the market. Fitting the much-overlooked backhoe loader while excavator thumbs were still in their infancy, the HoeClamp’s patented kidney link design, which created a full motion, non-hydraulic thumb, filled a need that soon exceeded even the greatest of sales projections. Although based on the west coast, product requests and sales came in from far and wide from early on. Amulet’s dealer network expanded from regionally to nationally, and then to internationally as the company name and reputation spread. The next stage of growth came with the increase in customer and dealer requests for additional attachment types built with the same degree of workmanship and quality as the HoeClamp. The addition of hydraulic thumbs, rigid thumbs, couplers, rakes, rippers and hydraulic tilting buckets grew Amulet into a company barely recognizable from its 900 square foot, 3 employee beginnings in Eureka, California. Now, several decades later, with multiple moves and plant expansions quickly being outgrown, Amulet now calls Rathdrum, Idaho home. Amulet’s most recent move to northern Idaho in 2007 proved to be just what Amulet needed to become one of the most recognizable names in the attachment industry.

To be the industry’s foremost leader in innovation, product
quality, customer service, and reputation.